GetUgo, Applied Autonomy and Herøya Industripark AS have carried out the first successful test run of a robot on wheels at Herøya's test area. 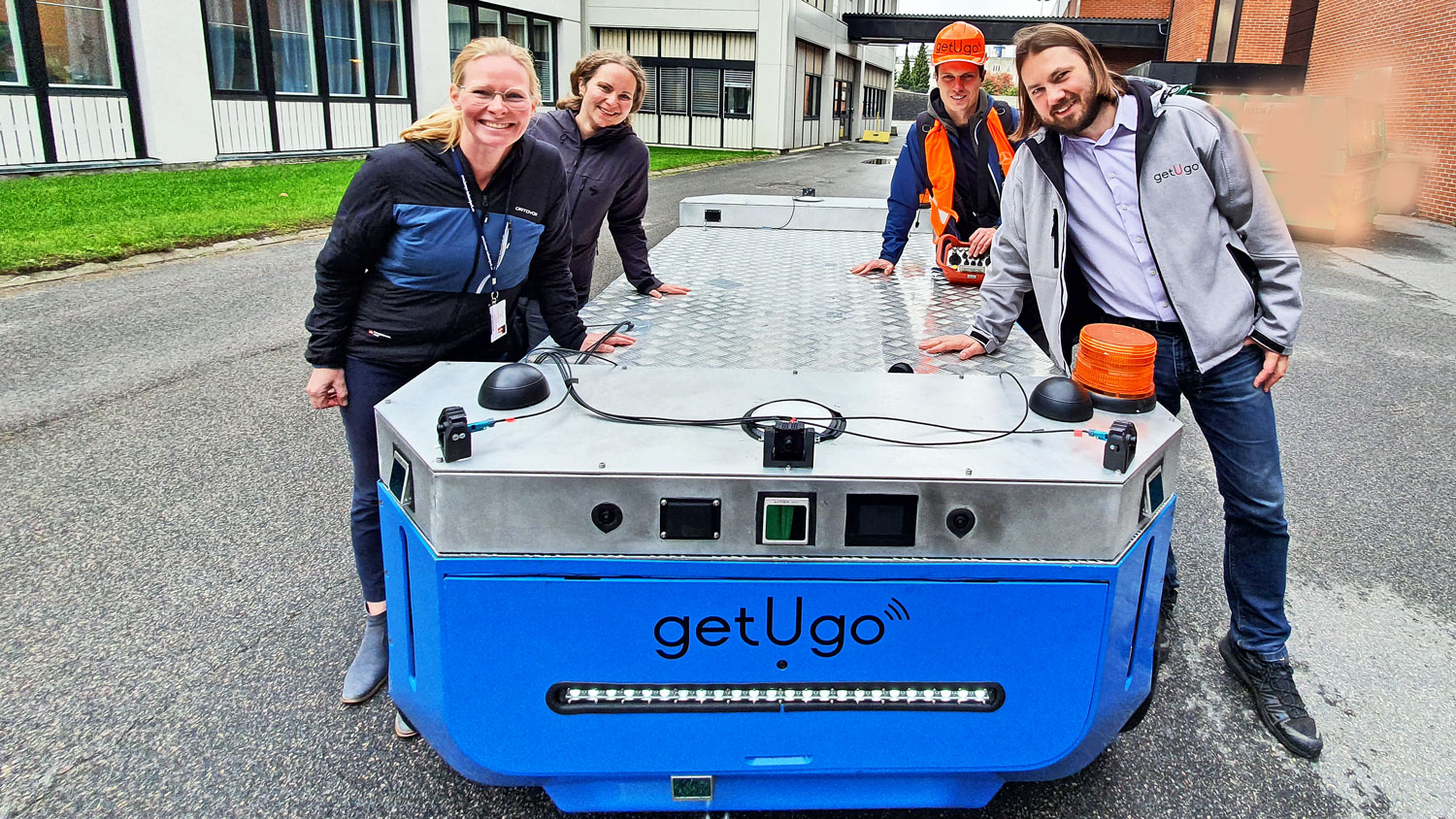 Success: The test team, from left Tove Sørensen, project manager Herøya Industripark AS, Rebecca Ronke from Applied Autonomy, Matiss Stunda and Janis Upmanis, both from getUgo, are delighted with test runs of the robot on wheels in Herøya Industripark.

Latvian getUgo have controlled the robot remotely around the test streets at Herøya from a control room in Riga. 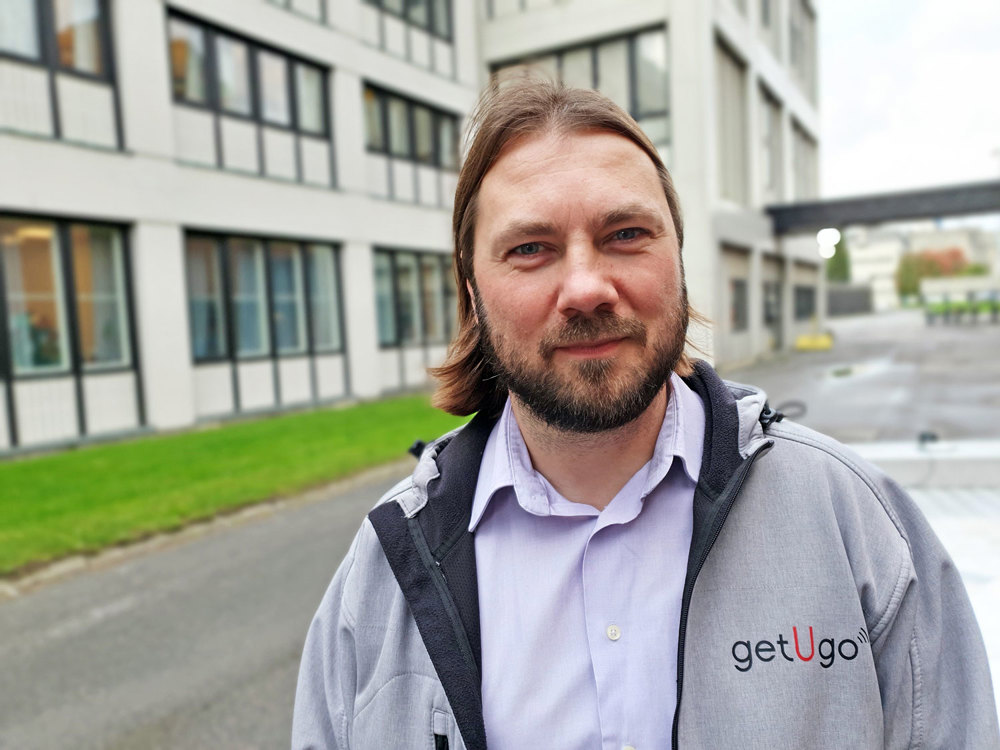 "The biggest success for us was that we managed to operate the robot from Riga, 900 kilometers away. This is the longest distance we have remotely controlled a machine so far. It worked well on the 4G network."

Upmanis tells about successful tests on autonomous driving and remote control separately and in combination, execution of several "orders" and safety measures.

An offer to industrial parks

GetUgo has ambitions to offer the service to industrial parks.

"In order to understand if Herøya and others will consider using these solutions, feedback from Herøya Industripark AS is very important to us. The tests give us ideas on what should be improved further."

Skjalg Aasland (in yellow jacket in photo below), head of business development and projects at Herøya Industripark AS, welcomes autonomous testing to Herøya.

"Some time ago we created a road map for an autonomous industrial park. Now we see that both the technology and users have become more mature to make transitions to autonomous solutions. Testing of equipment and systems also entails improvement and further development. This is an exciting field that we want to help facilitate," says Skjalg Aasland.

Tove Sørensen is the project manager of DVS TRIP for Herøya Industripark AS. She also leads Herøya's participation in another large-scale autonomy initiative, the 50 million NOK EU project, Orchestra2020. There, Herøya Industripark AS will test run an autonomous pilot service for freight transport on behalf of the EU. 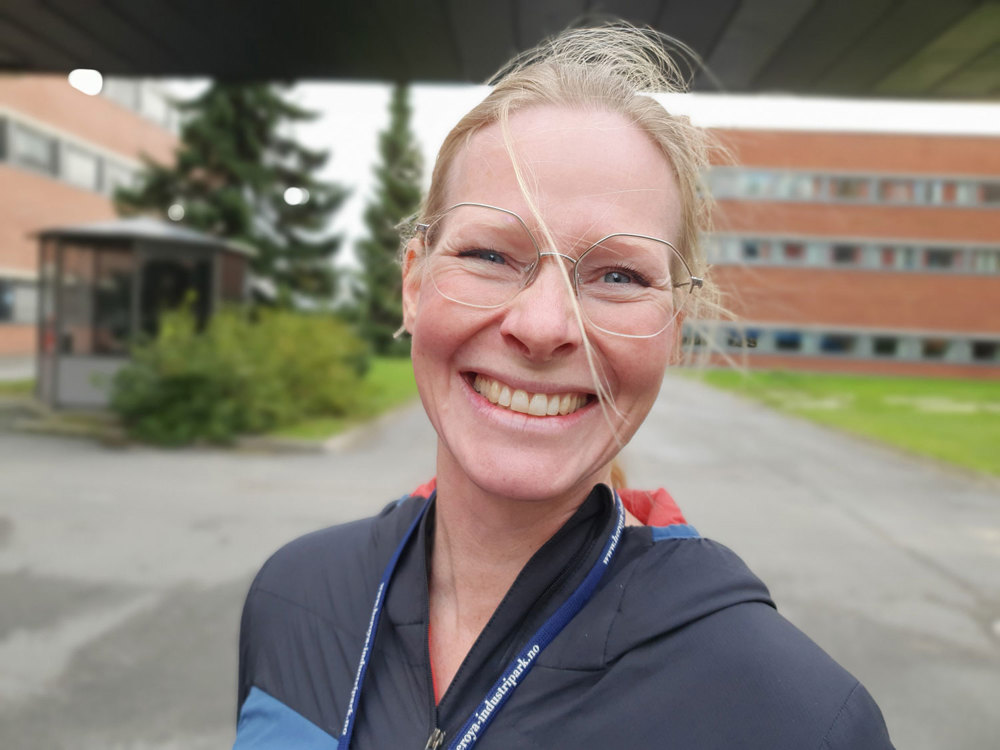 "We have expanded our knowledge bank in our work to develop Herøya into an autonomous industrial park. The DVS TRIP is not part of the Orchestra project, but is very similar to what we will do in the EU project. So it fits very well. We have gained a lot of valuable experience for similar projects to come." 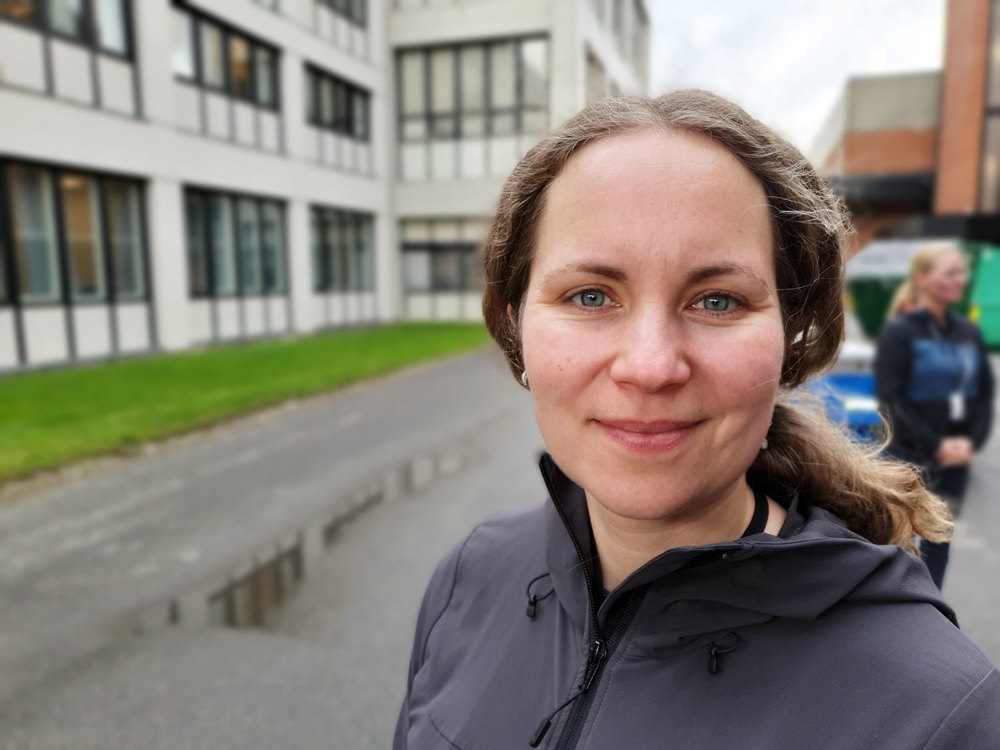 "We always want to expand the functions of our control platform," says Rebecca Ronke. "The tests worked well, and we have completed what we planned. The goal is that the control system can be interesting for Herøya Industripark and others. Our demonstration verifies that an autonomous robot can be controlled by our control center and used in this context.

Applied Autonomy delivers a control system that among other things, shows real-time data, positions, status of the machine, retrieves data and creates statistics and analyses.